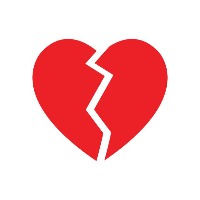 Q. My friend wants to make nikah and the girl has appointed her own wali besides her father to perform her Nikah. Is this correct?

A. In the enquired case, if the girl is mature (Baalighah), she does not require the consent of her guardian (Wali) to perform her Nikah. In that case, she appoints a representative (Wakeel) to represent her at the time of Nikah. In that way, the Nikah performed will be valid.

Having said that, it is not advisable for a mature girl (Baalighah) to marry without the consent of her guardian (Wali) due to the many complications that may arise. It is also important for a healthy marriage that one has the blessings of one’s parents.

Added to that, if the girl performs the Nikah without the consent of her guardian (Wali) to a boy who is incompatible to her, for e.g. the boy is addicted to drugs, the father has the right to make an application to a Judicial Committee to annul their marriage based on incompatibility (Adm-e-Kufoo’).